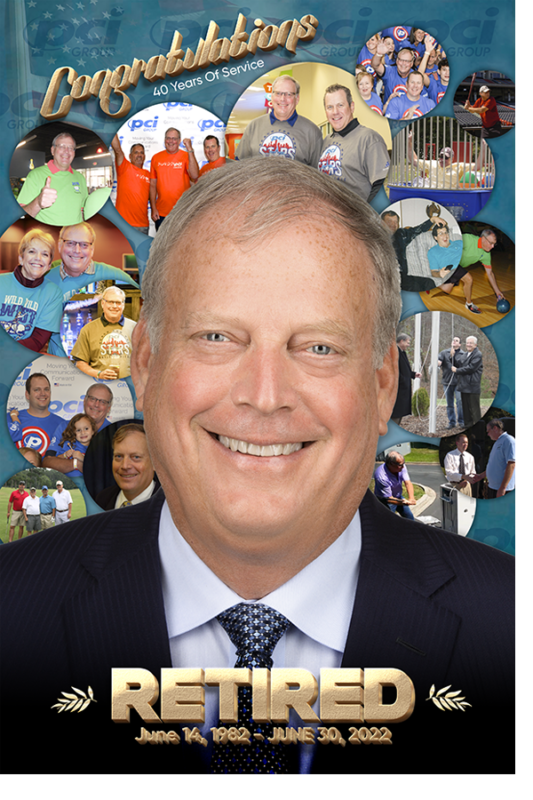 PCI announced today that Skip Pawul, Executive Vice President and Co-Owner of PCI Group, Inc. is retiring effective June 30, 2022. Skip is retiring exactly 40 years from when he started with PCI in 1982. Skip joined the company, previously known as Players Computer, Inc., after he resigned his commission with the United States Coast Guard. He was only 25 years old when he joined the company and computers were still in their infancy.  In those days, no one had heard of the PC or Microsoft. Computer systems that had 20mb of storage were considered massive and 128K of internal memory was considered a powerhouse.  A postage stamp was only $0.20 and believe it or not mortgage rates were over 12%. Things have totally changed since then. However, one thing that hasn’t changed, is the culture we have established of caring for our people, said Skip. We continue to operate as a family-owned business.

There have been many memorable accomplishments over the years during Skip’s tenure at PCI. The company has enjoyed tremendous growth under the leadership of Chris Kropac, President and Skip as the Executive Vice President. Along with this growth, have been many memorable experiences. One in particular for Skip came in 2014. Skip attended a Business Mastery Seminar run by Anthony Robbins. During the first morning session, Robbins asked all business owners to stand up and he asked only those businesses that were over 5 years or more old to remain standing. He then repeated this request for 10-, 15-, and 20-year-old businesses.  At that point there were only 4 people, including Skip, left standing. Robbins then asked if anyone was a second-generation owner?  Skip was the only one still standing. At that moment, he realized that PCI had accomplished something truly special. 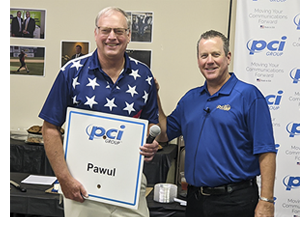 Looking ahead, the future for PCI looks very bright. “All of the building blocks are in place for continued success, said Skip. Our employees remain the key. They pride themselves on taking care of our customers and remaining an industry leader by providing the most, secure, compliant and accurate communications in the industry”.

The company, previously owned by Chris Kropac and Skip, will continue to be a wholly owned S-Corp, now entirely owned by Chris. “Skip will surely be missed. His wisdom and steady hand have played a vital role in our success and I will miss him both personally and professionally. Thankfully, we have built a strong team that will carry on with the practices that have been established under Skip’s leadership. We wish him nothing but the best as he enters this next new phase of his life.” said Chris Kropac.

Reach Out Today To Learn More About The PCI Difference